Another weekend, another finish!

We left off here, with me debating whether to just stitch the quilt up or turn it into a disappearing nine patch: 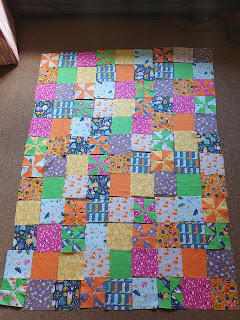 I decided to make it a disappearing nine patch! 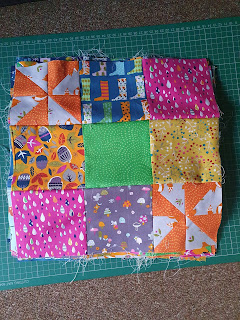 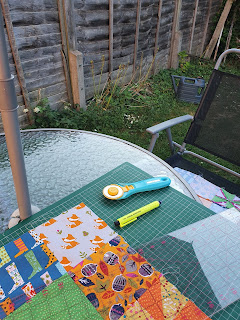 Yesterday was spent quilting, cutting up the binding and adding it to the quilt. I usually use little plastic tags for holding it all in place, but I think I will try the curved pins instead. It feels a little less wasteful, and I am finding that I keep getting little tucks when quilting, which I hope the pins will help me avoid. I did try lots of the tags this time, and it was better, but I think it would make more sense to use the pins. 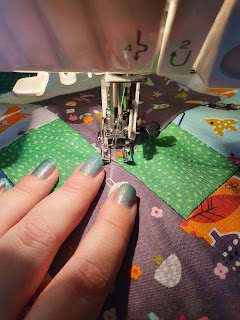 Sunday was spent handsewing the binding on, after a morning run. And I am very pleased with the results! You can't quite see, but I used a lime green to quilt it - oddly subtle but also stands out at the same time. I also finished it 3 days after the intended recipient was born - hopefully I will be able to gift it soon. 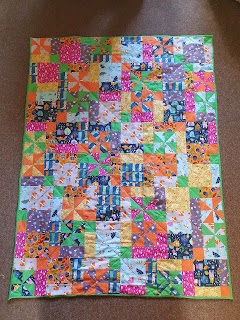 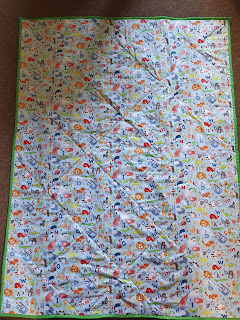 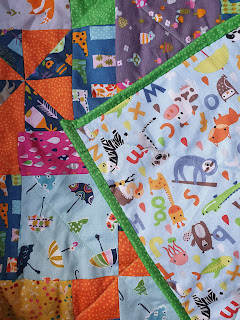 That is really lovely Bethan. I'm intrigued by the idea of the little plastic tags...I've only ever used pins - or hand basted...(erk...hard work)

Well done on such a pretty finish.

Good finish! The recipient will love it.

I do love this quilt. xx

Great finish with the quilt, stWhat are the plastic tags?

Looks wonderful , I must have a go one day .
My friends make some lovely quilts.

Beautiful work. I have no idea what a disappearing nine patch is, or how you got from the first layout to the second. But it's very nice!

Such a beautiful and bright quilt, a lovely finish!