An odd title, but as you can see I was aiming for some alliteration!

I have recently spent the weekend at my big sister's house, with her and my little sister. We had a proper girls weekend, with crafting and movies.

Big sister Vicki had several things she wanted to work on, as did I. Little sister Rachael is much more focused, and was just working on her cross-stitch. This could also be due to the fact she needs to finish it pretty soon, but we'll put it down to her not getting too distracted by lots of different crafts. (Annoyingly, I forgot to get a picture of what she was doing!)

Vicki spent most of the weekend putting up her free motion quilting frame, and having arguments with the thread on her sewing machine. The sewing machine eventually behaved, and a quilt was loaded onto the frame - although I left before quilting started. Vicki also cut out some material for a couple of other quilts, and worked on her crochet project. I just love her wool! 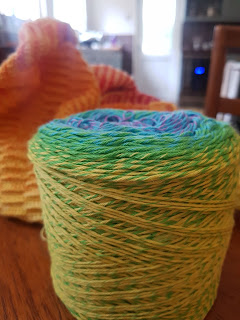 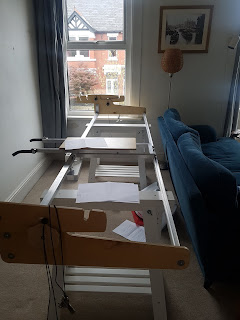 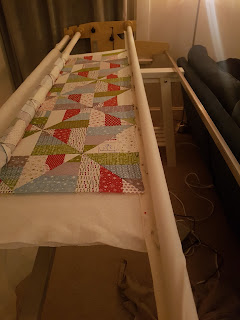 I divided my time between my long neglected cross-stitch, and my quilt top. Like Rachael, I have a deadline for my quilt that is fast approaching. I didn't get as much done on the quilt top as I wanted, but a third of it is now all sewn together! Squaring off took a fair while, although I was pretty chuffed that most of my squares were very consistent. 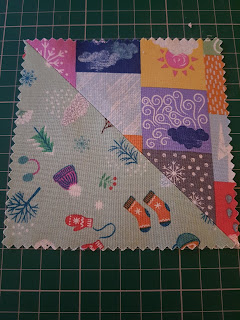 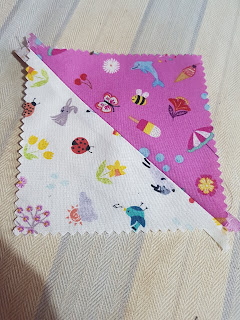 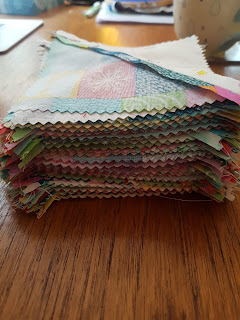 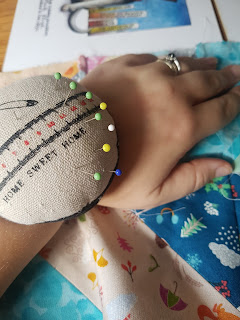 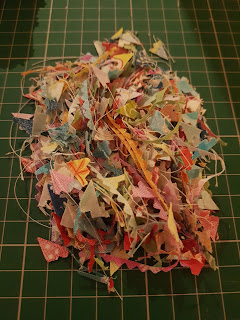 Our weekend also featured yummy food: homemade pizza that I forgot to picture, chocolate and orange risotto (which was nice, but very rich as dark chocolate had been used), and cheese & herb scones. Such treats! 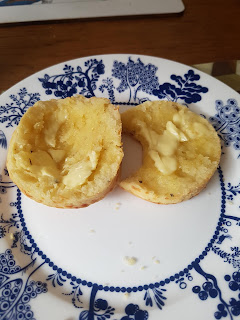 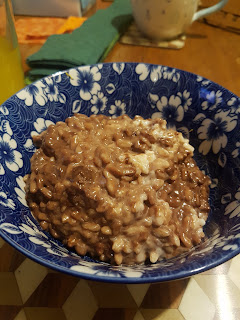 Vicki also treated me to some new gym leggings from our favourite independent legging brand, Lucy Locket Loves, as I have just finished the C25K. They are completely suitable for someone who is crafting mad! We took them out for a short run on Sunday morning - it was quite nice to be able to run together (and I didn't slow Vicki down too much, which was a bonus). 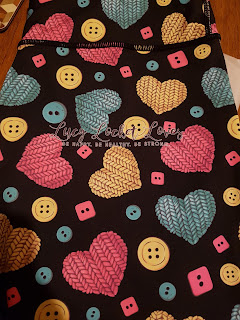 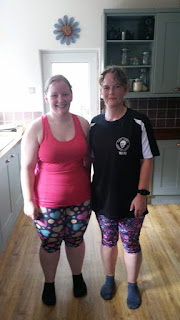 It was definitley a great way to spend a weekend. Highly recommended.
at November 07, 2019

Wow! That is so nice to be able to spend time with your sisters and have a craft weekend. That yarn is so beautiful. Your quilt is coming along nicely and I hope you get it done in time.

What a fun and productive weekend you girls had. Sweet fabrics you are working with.

You certainly had a fun and productive weekend. Sister time is the best. Love the quilt!! That is some setup you have!

What a bonus to have two sisters who enjoy similar pursuits...and a sister with a long arm quilting machine - very handy!
Love your leggings. Food sounds delicious too!

That sounds like a great weekend with your sisters! Neither of my sisters is a crafter at all--one just sits and watches television and one is always traveling. Your quilt it looking lovely! Enjoy your Sunday :)

Wow, that sounds like a great weekend!
A sister with a long arm quilting machine, how amazingly handy! Sounds serious!
Lovely you all enjoy crafting!
Hugs,
Barbara xx

How lovely for you all to spend time together and share hobbies. I have more in common with my brother than my sister - but he doesn't cross stitch. He does cartoon and paper craft though.

What a fabulous way to spend a weekend, with family and crafting!

Must be fun having crafting time with your sisters! Love that fabric you are using. New leggings are super cute.