This weekend, I headed up to Birmingham (about 3 and a bit hours by train) for Charmed 20. This was a Charmed convention, in honour of it being 20 years since the TV show started. I have never been to  a convention before, but have loved Charmed for years (not quite 20 though!) so it was a bit of a dream come true.

Over 2 days, myself and my friend Katie (who I'm pretty sure introduced me to Charmed) had photos and autographs with a few key characters from Charmed. We also sat through a few talks, which involved the Macarena, Brian Krause (Leo) being traumatised by a shower scene with Holly Marie Combs (Piper) and a few other amusing things.

I managed to get a picture with Holly, Brian & Drew Fuller (Chris - Piper & Leo's son). I also got autographs from Holly & Drew, as well as from Jennifer Rhodes (Grams) - who hadn't really changed; and Dorian Gregory (Darryl): 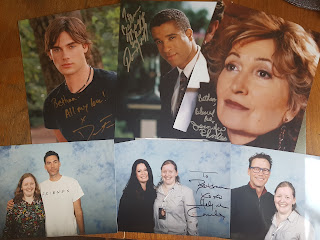 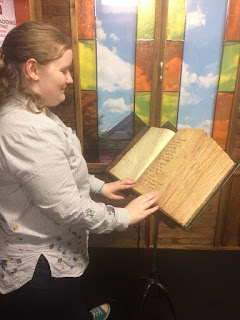 Of course I had to treat myself to a couple of nice things; a rather cool mug: 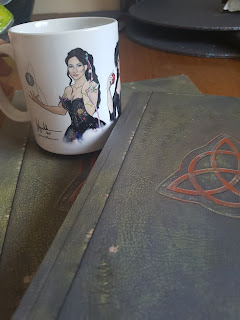 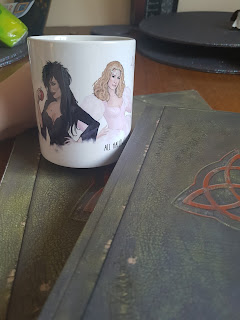 And a replica Book of Shadows - it's so detailed!!! 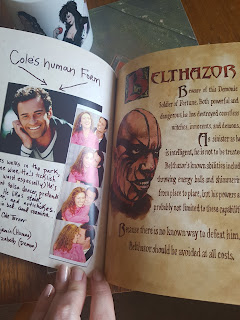 On the Sunday, we had a bit of time to kill before a talk, so we went for a walk in a local park near the venue. There were swan boats, a mini golf course (with fountain and waterfall) as well as a mini train and bouncy castle slide! Such a fun park! We also had to get some ice cream (of course!) 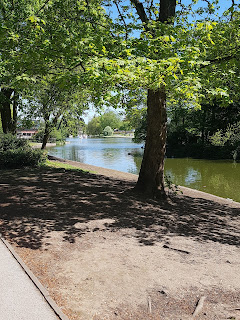 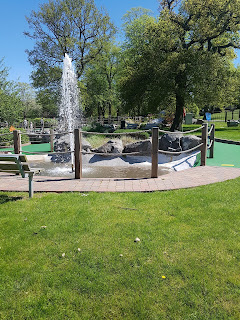 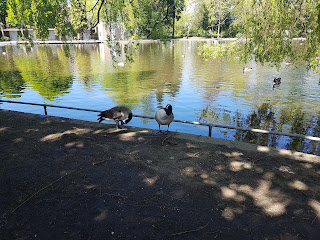 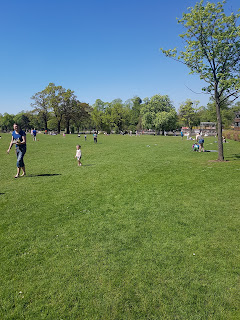 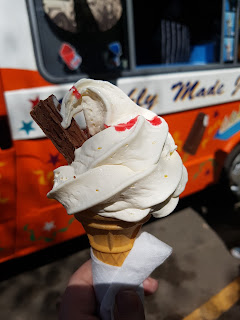 Oh, and I also managed to work a bit more on the cross-stitch: 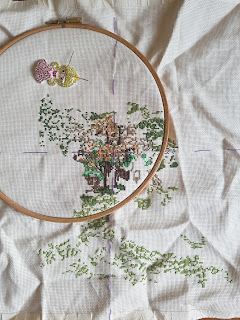 All in all, it was an amazing weekend; one that I'm very glad I was able to take part in! 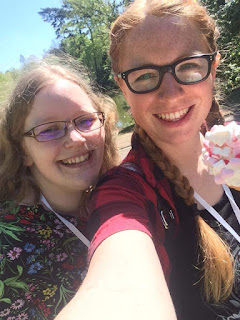 This is a programme that has passed me by!! Sounds like a fun weekend though and you had some great weather too. xx

Looks like you had an awesome weekend! Glad you were able to get away and have fun seeing Charmed!

Looks like a fun weekend and a good way to enjoy the weather!

Oh Wow! Bethan, what a wonderful weekend. I used to watch Charmed with my daughter when she was a young teenager - we loved it. I am so envious of your fun experience. Way to go, girl.

I know nothing about this show but I am glad that you enjoyed yourself! A convention is always fun.

I've never knew that they had conventions like that. I've been to a fence convention (all about fences and materials) I bet yours was so much more fun! Hahaha. I need to get me a little needle holder like your little doll. That's so cute.

Wow! Sounds like fun!
I’ve been watching Charmed over the years ..... when Hubbie is not around (he doesn’t like it!). Have to say I only recognise Piper and Grams, oh and the two guys next to Grams. Great mug ..... and a replica of the Book of Shadows, wow!
Sounds like a great weekend. Nice cross stitching!
Found you today via Aimetu’s blog.
Barbara xx (a fellow cross stitcher!)

That sounds like a very exciting weekend. Thanks for sharing all the pictures.

Such an adventure- and such lovely memories to keep. You did well! I enjoyed my visit to your blog today.
Lynne aka Elfie

What a lovely weekend you spent and some interesting photos to treasure and mugs to enjoy. Might you send some of that splendid looking weather over here to the north of Spain, where we are in sore need of some sun?

Sounds like a wonderful weekend and lovely weather too.