Second Half of Summer

As you may have guessed from my dire lack of posts - school has started again! I'm going to get back into the blogging groove, but the first week and a bit drain me; I was in bed by 8 on many evenings!
But I have been taking a lot of photos, and stored up some things from summer so my blog wouldn't be too empty!

After heading up to Wales and Scotland, we headed back to Cambridge to move house! We have rented the same 1 bed flat for 5 years, and have finally bitten the bullet and moved into a rented house instead (we also finally earn enough!). We spent a week packing, camping on the sofa bed so our bedroom could be used as a box room, and finally moved exactly a month ago. It's amazing how much stuff you can cram into a small space if you try! We've just got to unpack now - and find a replacement for our alcove shelves you can just see in the picture! 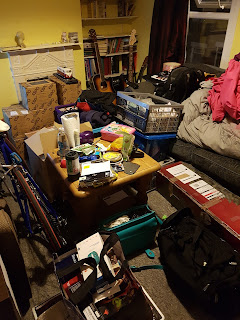 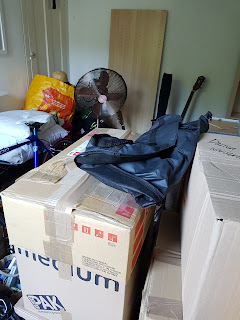 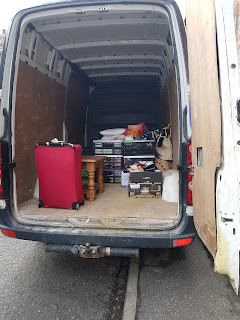 We now have a kitchen diner, and a bedroom you can move in, and a spare bedroom! AKA the sewing room! So excited! My car even has an off-road parking space, which is a bit of a nightmare to get into and out of, but at least it's tucked away. And it makes me less inclined to drag the car out to drive to work when I can just cycle. 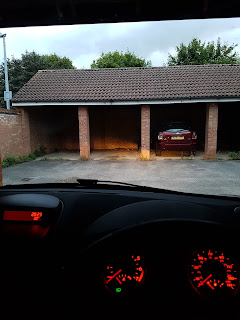 Darren's parents helped us move, which was so lovely of them. We had a lot of stuff, including a giant sofa bed that took a lot of work and wiggling to get out of the flat! I decided to make a little cross-stitch as a thank you card, as it felt right to put a bit of effort into it! Darren's mum loves giraffes, so the choice was an easy one! It also took me less than 3 hours to stitch up - I had forgotten how satisfying it was to finish a cross-stitch completely! 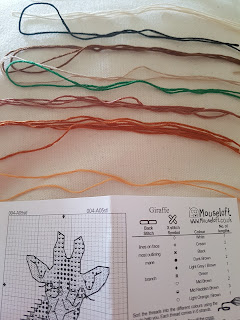 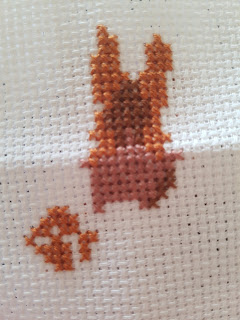 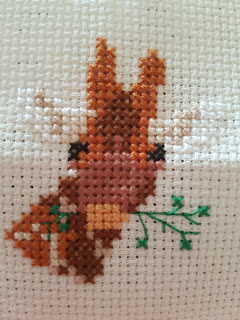 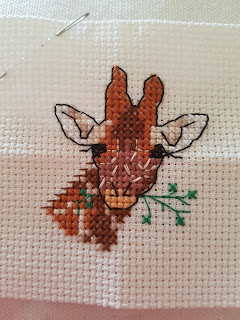 I may have bought a few others in the range, which will appear on here over time!

I've loved spending my Sunday catching up on all of your blogs, and I hope to blog again in a much more timely manner! Have a lovely week!
at September 17, 2017

Best wishes in your new home.

Congrats in the new home!!
Love the sweet giraffe too :)

How great that you have a bigger place to live. And that you can bike to work! That's a bonus. The giraffe is so cute. I wouldn't have guessed that it could be whipped up in three hours!

We collect easy to much stuff easy to quickly..... Cute giraffe.....

Good to read that the move went smoothly and that you have settled in your new home. Such a great little thank-you card that you stitched, very cute.

I am not surprised that you have not been blogging if you have moved - such a traumatic time! Glad you have been able to scale up - a sewing room sounds like a great bonus. The giraffe is cute. xx

Thank you! The giraffe had such a lovely face - may end up making one for myself! x

Thank you - we've driven a couple of times and it's made me miss biking! Hard work but so much faster in rush hour! I was surprised by the speed the cross-stitch was done in; I'm more used to things taking 3 years minimum! x

Thank you :) It has made me very aware of collecting 'clutter' now!

It was quite lovely finding all the material I've had stashed, so almost worth the trauma! Thank you!

How exciting, congratulations on your move!
The giraffe is adorable, I'm sure she'll love it.