So in what is becoming a bit of a tradition, a friend expecting a baby has led to a baby quilt being made.

My first challenge was to ensure it was made on time (and beat my big sister's track record of getting the quilt to them waaaaaay after the baby is born). I managed 2 weeks after, which I'm quite impressed with.

My second challenge was picking the material. The baby was an unknown gender, which isn't too bad, but it meant I had a really wide range of material to choose from - enter kid in a candy store. I ended up picking a Moda layer cake called Forest Friends, which is gender neutral and suits the parents very well! 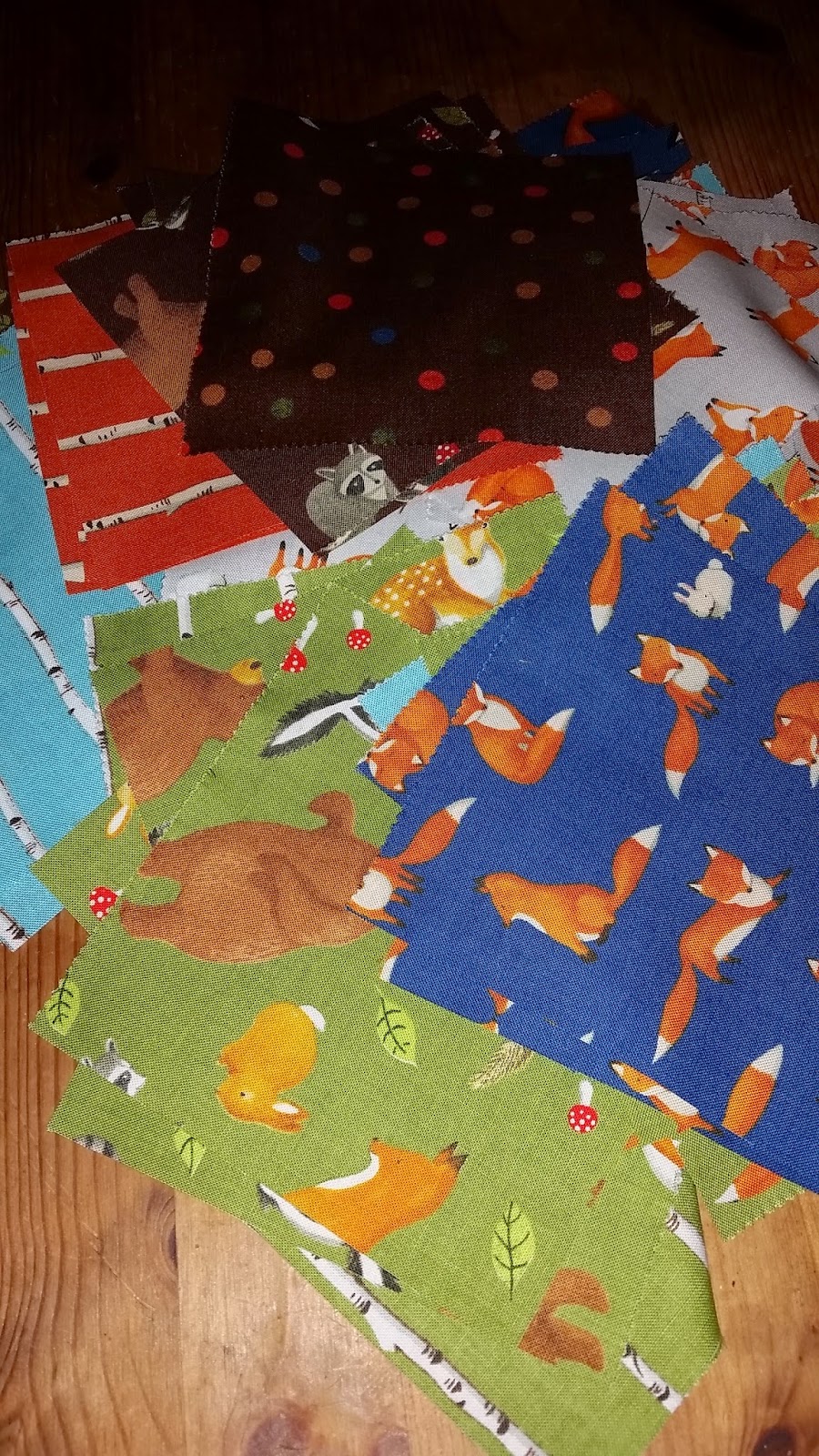 My third challenge was the pesky wadding. At the point of sewing it all together, I opened my wadding supply and found that there was far less there than I had thought - so I had to order some more. Not necessarily a huge deal, but it's really irritating when you're on a roll, have a Saturday set aside to get this done and you fall at the first hurdle. 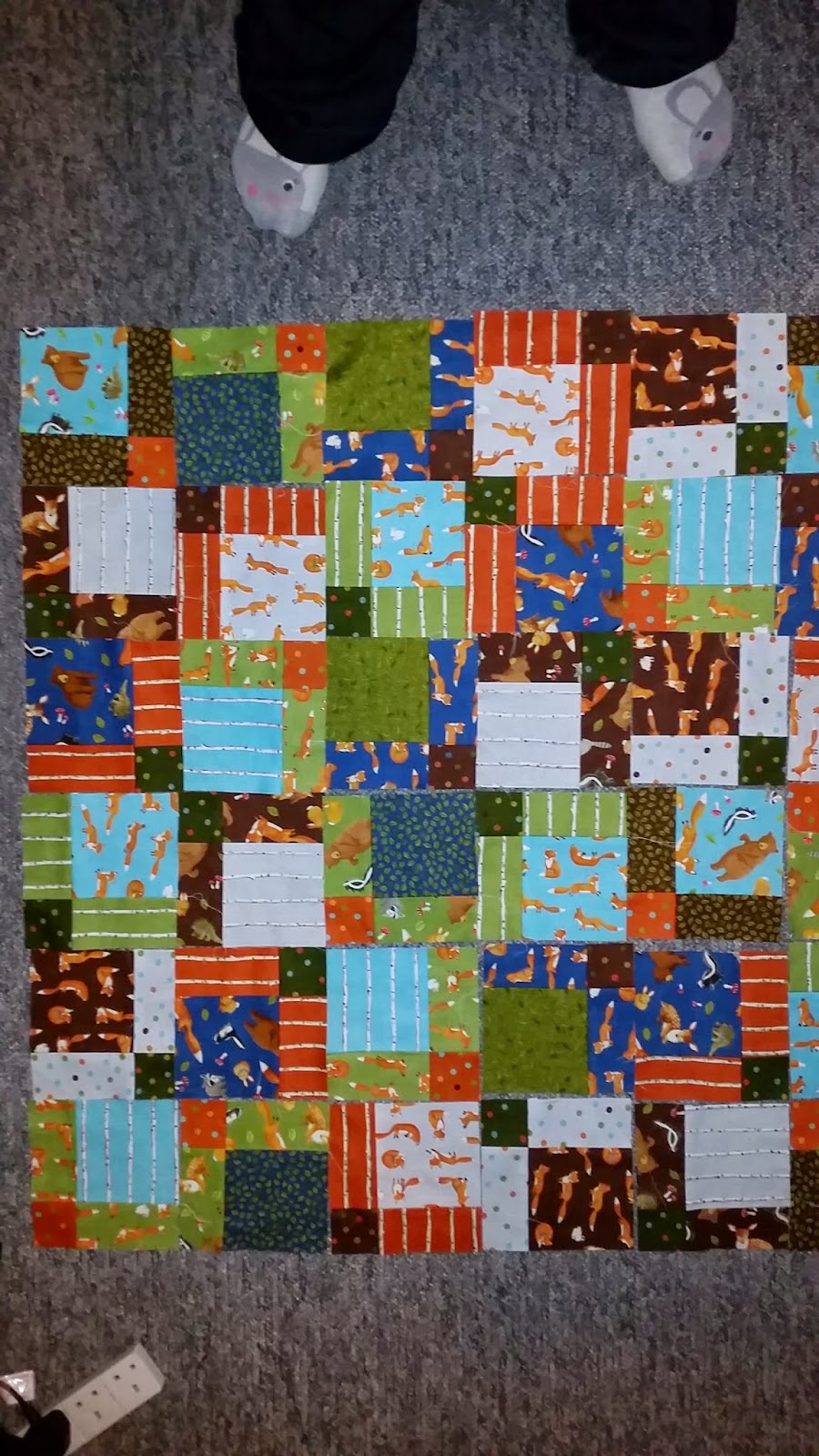 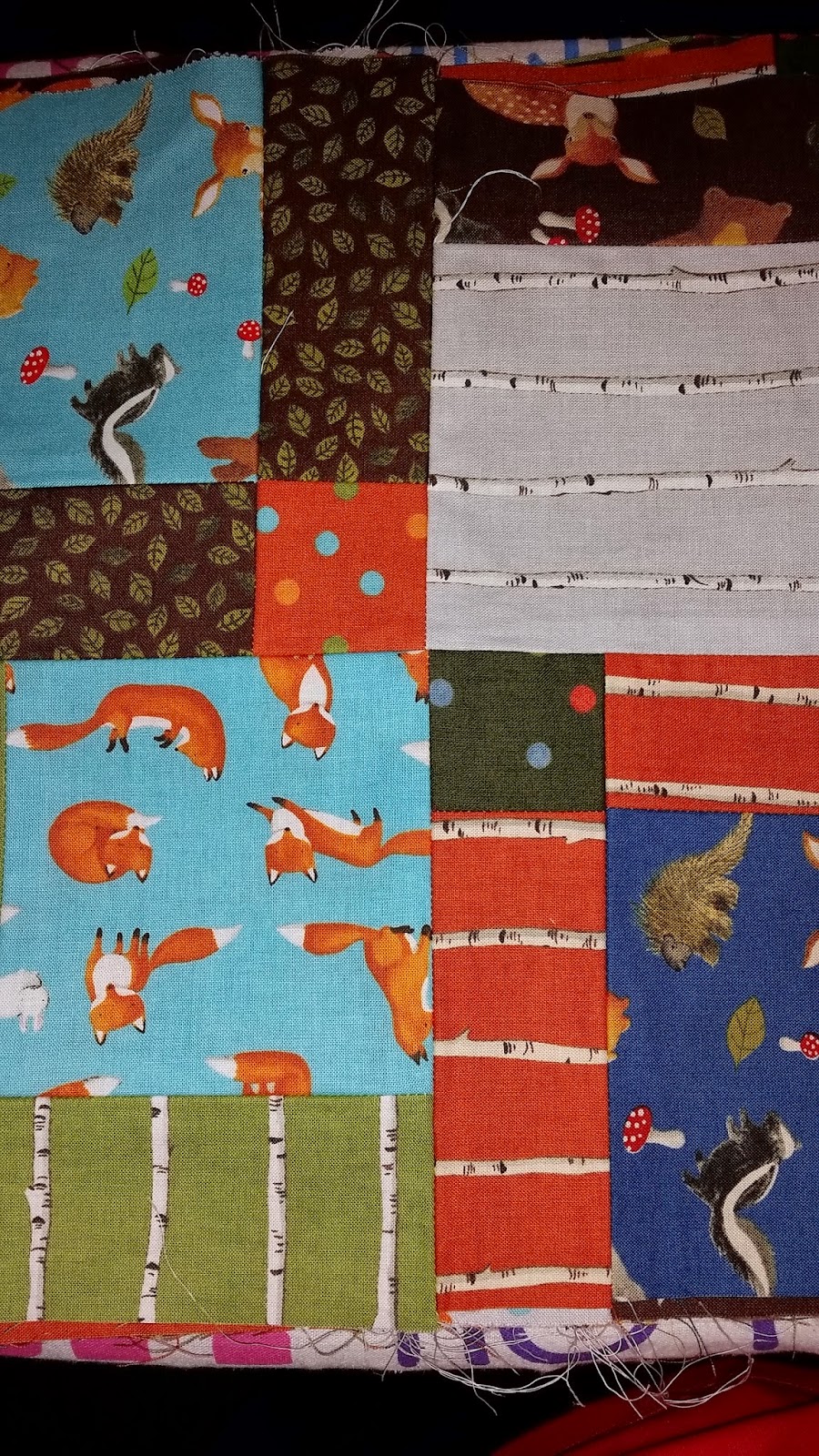 I made a disappearing 9 patch (which I've never done before), and quilted around each large square. I think if time had allowed, I would have quilted along all the lines, but it still looked rather good, and showed off both sides just as nicely (if I do say so myself). The amazing videos from Missouri Quilting Company on YouTube helped me with both the new design and making my binding very neat and a nice fit. I definitely recommend their videos if you are stuck for new ideas, or want some quilting & binding advice. Apologies for the bad lighting, but this is how it turned out, pre and post binding fold over 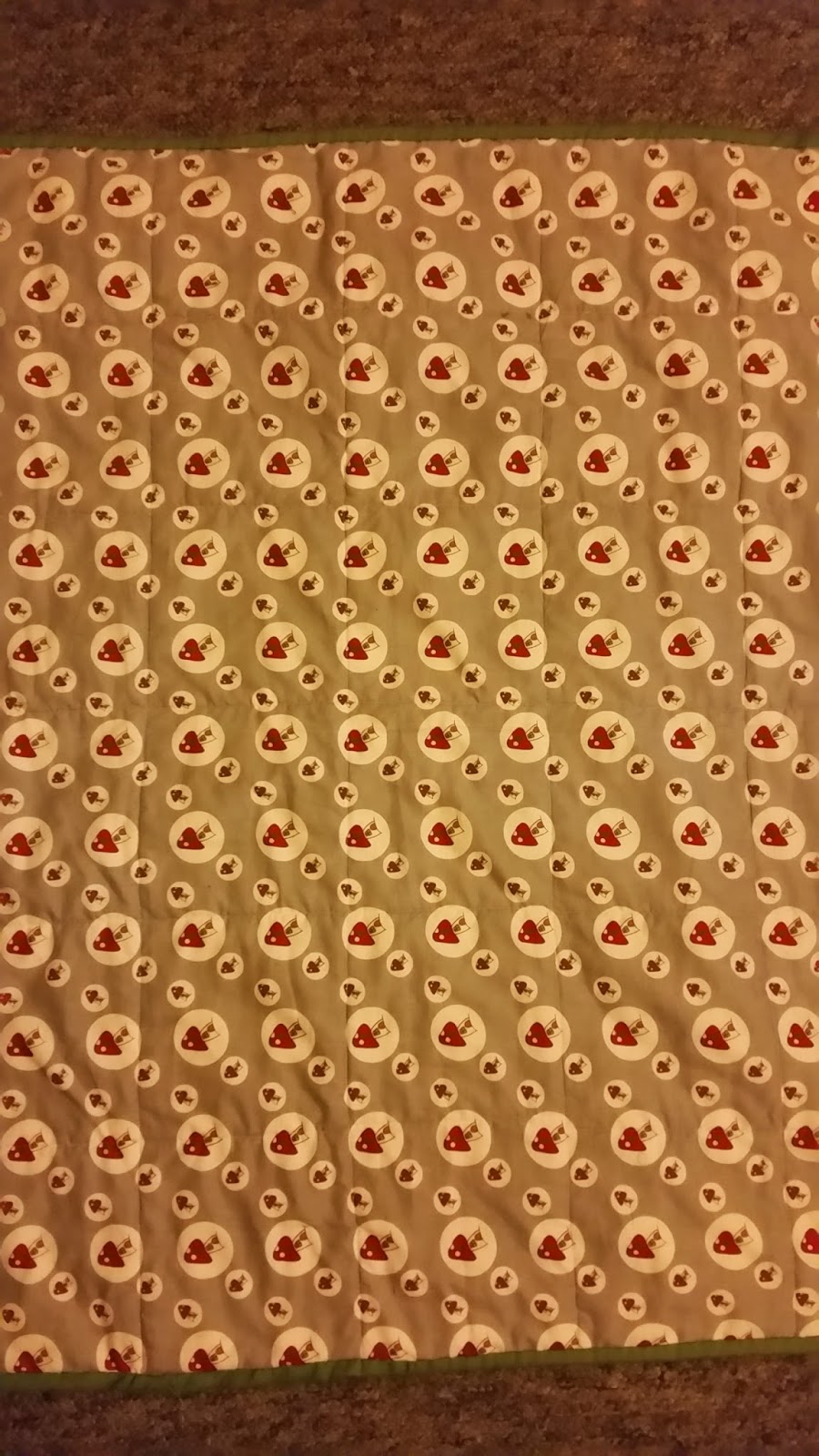 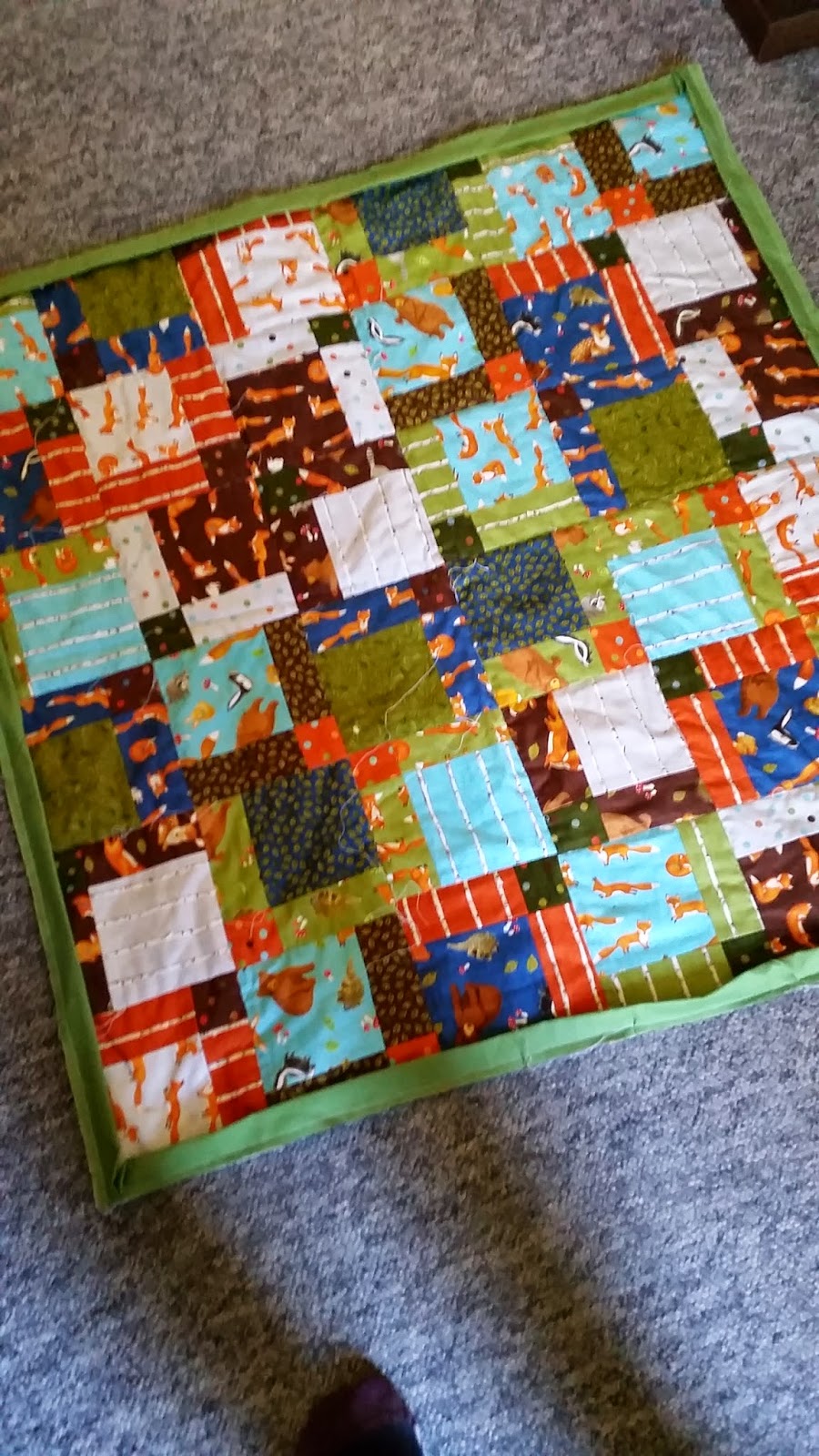 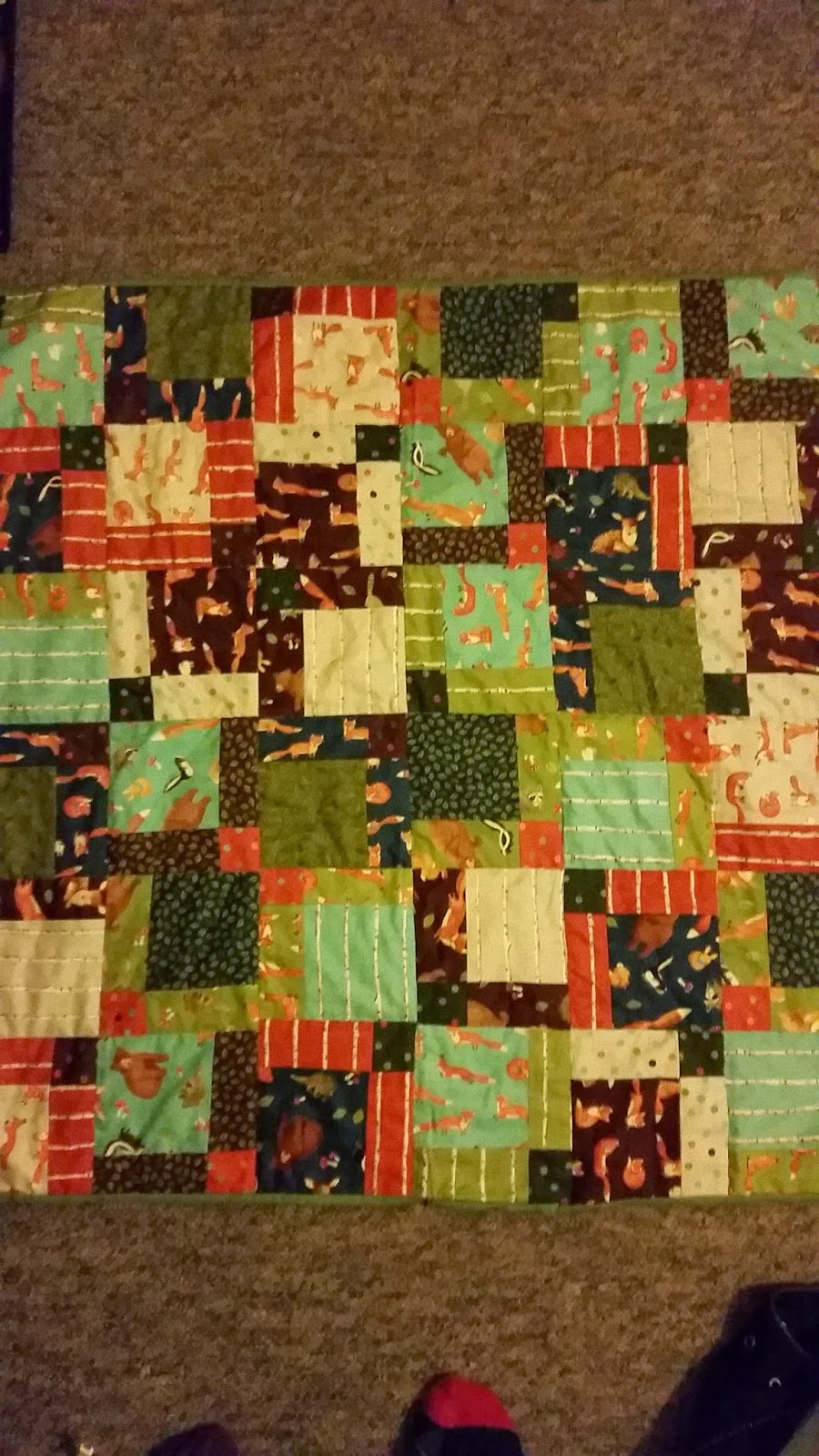